Start a Wiki
This is a community idea!

Click here to view all the other Community Ideas!

it is a harder version of Moon Lord but more powerful, deadly, and ludicrously more challenging. He is worse in Expert Mode. Earth Lord is presumably the final boss of the Earthen Disaster event and is one of the main antagonists of Terraria. He is summoned by completing the Earthen Disaster event, by using Earthen Sigil, or by killing 1,000,000 enemies. He has multiple attacks, which currently deal very high damage to the player. The Earth Lord also summons his minions, such as his eyes. Earth Lord has a similar Al as the Moon Lord, but faster, challenging, murderous, and more powerful. After the completion of the Earthen Disaster event, or the use of the Earthen Sigil, or after killing 1,000,000 enemies the message at the bottom-left corner of the screen will say "Your fate has been sealed..." instead of "Impending doom approaches...". and the player has 30 seconds to prepare before Earth Lord spawns. During the 30 seconds, the screen will go in and out of focus, exactly how the screen looks before facing the Moon Lord. Instead of the screen turning completely black while Moon Lord is alive, The screen completely turns into a dark blue tint while Earth Lord is alive. While the Earth Lord is alive, the player is inflicted with Creative Shock for an infinite amount time until the boss or the player is defeated. The Creative Shock debuff is inflicted by Earth Lord similar to the one inflicted from the Old One's Army and prevents any player from mining or placing any blocks. If the player strays too far away or teleports away from Earth Lord, Earth Lord will teleport, in the same way how Moon Lord teleports. The Earth Lord also has a hit counter. The hit counter goes up to 50 / 25, and if the player gets hit 50 / 25 times, the player will instantly die and Earth Lord will despawn. Attempting to instakill one of Earth Lord's parts by using a butcher function from Cheat Sheet Mod or by using a weapon that deals infinite damage, One of Earth Lord's parts will only take 0 or 1 damage or 2 for critical hits instead, unless worthy if the player has obviously the same name as the developer or user. Earth Lord has a massive bulk of HP in total. When defeated, Earth Lord will drop special items, and he will always drop the 3 guaranteed items, such as the Portal Gun, The Death Rose, and some Earthenite, along with one of the guaranteed nine (9) drops and a joke item. The message will also appear in the chat on the screen saying "The enemy souls are possessed by ethereal spirits...". This means that Post-Earth Lord enemies and bosses are now unlocked.

If all players die during the battle, Earth Lord guarantees a despawn. It can be simply re-summoned by completing the Earthen Disaster events again, or spawned naturally by killing all 1000000 enemies, or by using the Earthen Sigil. Note that the Earthen Sigil item is always reusable, so Earth Lord may be summoned any number of times and the item is NOT consumable at all. It can also be summoned by using NPC spawnesr too. Earth Lord is also easily farmable. To farm the Earth Lord, the player must build a flat and safe arena with Water Candles and any other item that increases enemy spawn rate.

The player should definitely be very well equipped both physically and mentally before taking him on. Note that the player should always need all pre-Earth Lord buff potions too.

The player is always guaranteed one of the nine (9) Earth Lord drops, which are mainly for a melee/magic/ranged/summoning/throwing arsenal.

Earth Lord is extremely challenging, even in Expert Mode. He behaves exactly like Moon Lord, but faster, powerful, eerie, insane, and more challenging. When summoned, the entire background turns completely dark blue. While Earth Lord has the exact same Al as Moon Lord, He has the same characteristics as Moon Lord. Earth Lord has 4 additional attacks, which is shooting Earth Lasers, Phantom Disintegration Bolts, Eye Phantoms, and Healing Leech Clots, which are somewhat impossible to dodge. When he is first spawned, all of his eyes are open. After 1 second when he is first spawned, He immediately closes them. He is able to use all of his attacks in his arsenal. Most of his attacks are very hard to dodge and outrun. As Earth Lord's HP drops low every time, Earth Lord gets angrier a little bit. The additional parts that he has now are 2 extra eyes on his head and 2 obvious portals above his hands that are vulnerable to all types of damage. When the portals are defeated, they are invulnerable for 25 / 20 seconds. After the 25 / 20 seconds have passed, the portals regenerate full health back and they now become vulnerable to all types of weapons. The portals summon their own respective minions. The only way to defeat Earth Lord is players to get equipped very well and build a safe and careful arena. The player also needs buff potions too, because Earth Lord is really insane, powerful, and challenging.

The hand eyes take six (6) seconds to open, the head eyes take eighteen (18) seconds to open. When the head eyes and/or the hand eyes open, the eyes shoot Earth Lasers. they deal 560 damage (780 in Expert Mode). The lasers also have a 0.01% chance of dealing 1000 damage. When the middle head eye opens, Earth Lord will shoot an Earthen Deathray that sweeps towards the ground (darkgreen version of Phantasmal Deathray shot by Moon Lord), dealing 9999 damage (19998 in Expert Mode), leading to guaranteed death. If touched, it will instantly kill players, with the special death message that appears in the chat at the bottom-left corner of the screen saying "[Player] got terminated.". When the hand -ye(s) and the head eye(s) are defeated, the hand(s) and the head becomes a thorny crevice and the eye(s) will come out. which are True Earth Eyes. The hands also have 2 portals above him. These portals summon their own minions respectively. The minions summoned by the portal(s) don't home the player unless the world is in Expert Mode. The portals are immune to damage when they reach 0

Behaviour (The Tentacle and the Earth Leech Clots)

He also shoots out a tentacle. The tentacle inflicts the Earth Bite debuff if touched. The Earth Bite debuff prevents the player from regenerating through lifesteal effects and the consumption of healing items. The Earth Bite debuff lasts for fifteen (15) / thirty (30) seconds. Throughout the entire fight, the Earth Lord will regularly extend a "tentacle" that latches onto nearby players. It will then drain the player's life (the player does not lose health from this) in the form of green particles (Earth Leech Clots) that travel along the tentacle. The particles are destructible and if a particle successfully reaches the Earth Lord, one of its body parts (any that have not been defeated yet) will regain 10000

. The Earth Lord will drain three (3) particles before stopping occasionally. The tentacle will not go through blocks, and the mouth is always positioned above the player so that it can extend the tentacle, even resorting to being directly behind the player if they are in a 2 by 3 space. If there are no blocks above the player, the mouth will always attempt to be about 10-20 blocks above them. The particles do not attack the player at all, unless in Expert Mode. Upon destruction, the Earth Leech Clots explode into 4 Earth Lasers that make a + shape.

It is wednesday, my dudes

If one of Earth Lord's parts are below 50% life are not damaged for 5 seconds, One of its parts will regenerate 2500

back and the fight will stay on until he is defeated. When the core's health drops to 0 the second time, Earth Lord is entirely defeated, Earth Lord dies in a same way as Moon Lord, and the message will appear in the chat saying "The enemy souls are are possessed by ethereal spirits...".

Other Quotes by Earth Lord

Slayer of the Earth

Listen to this music! It is plausible and Chasmo!

The Earth Lord is the great master of the Earth and he is also the great, ancient father of Moon Lord and Cthulhu himself. The Earth Lord always protects his two sons from ravagers attacking them and he also roams the Earth by going through and detecting comets, meteors, and fallen stars from brutal destruction of the planet. But one day, The Earth Lord sent out his son, Moon Lord, to give revenge on the grand hero for destroying the celestial beings and structures, but the revenge failed and Earth Lord is very angry about the defeat of Moon Lord and then the Earth Lord himself wants to end the grand hero for defeating his own son. A long triennium ago, The nasty unseen spiritual incarnation had sobered up the Earth Lord so he can get a heavy curse from the spirit. He eventually had portals generating over his two hands so he can be incredibly tough and powerful beast. The godfather of the Earth Lord refers to himself to try to make the multiverse and the regiment of the space even better. Earth Lord had existed for 4.9 billion years! Cthulhu and the Earth Lord both want revenge on the grand hero, but it would all fail, due to the grand hero's bravery and legendariness, compared to the power. Due to how the angriness of the reincarnated Earth Lord is, Earth Lord always had his own father. Neptune Lord and the Earth Lord decided to join the statement about ending the legendary grand hero similar to how it works, but the plan would tremble and collapse into planetary chaos. A few millennia ago, Earth Lord snuck up one of his plans in outer space trying to make the embodiment of Cthulhu li'sfe happy and calm, but that was a long time ago. When the Earth was formed, Earth Lord's father never forgets how mischievous and naughty Earth Lord was. After they plotted about his dreams, Earth Lord decided to become the great, forgotten beast of all time. One day, a mischievous and indestructible comet tempered the Earth Lord and he became an any and the least-to-most destructive beast and the universe would believe in Earth Lord because he uses his true powers to protect the planet, but instead, The Neptune Lord had to take Moon Lord to Earth Lord for his power exams, number of attacks, life, care, and strength. If it wasn't for the Earth Lord and his two sons, The embodiment of Cthulhu's life would have been extinct long ago. 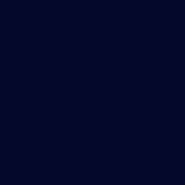 Godfather of the Impending Doom photo
Add a photo to this gallery
Retrieved from "https://terrariafanideas.fandom.com/wiki/Earth_Lord?oldid=169303"
Community content is available under CC-BY-SA unless otherwise noted.